END_OF_DOCUMENT_TOKEN_TO_BE_REPLACED

Washing machines, vacuum cleaners, dishwashers, vibrators, hammer drills, heating and heat pumps, ballasts in lighting systems, air conditioners and welding equipment are all devices that are in daily use in industry and households. As electronic controllers are used more and more in such devices, residual currents which cannot be adequately detected by a RCD Type A.

The reason for this: Single-phase frequency inverters are increasingly being used to control the speed of motors in an effort to increase the devices’ engery-efficiency.

These frequency inverters can generate residual currents with mixing frequencies other than 50 Hz by outputting a variable frequency in the order of 10 to 400 Hz. As a result, a RCD Type A may not trip properly in the event of a fault, because it is affected by these mixing frequencies. This would mean that the RCD will not possibly trip even if a fault occurs in the 50 Hz range.

The safety measure „protection by automatic switch-off of the power supply“ is therefore no longer guaranteed according to VDE 0100 part 410 or international regulations!

RCDs Type F are additionally short-time delayed compared to RCDs Type A, and have an increased surge current resistance of 3,000 A. Hence, the RCDs Type F, which are sensitive to mixing frequencies, prevent unwanted trippings (e. g. due to surge currents, thunderstorms or operational leakage currents) and thus increase system availability.

In addition, they maintain the standard functionality with superimposed smooth DC residual currents of up to 10 mA. However, smooth DC fault currents cannot be detected. 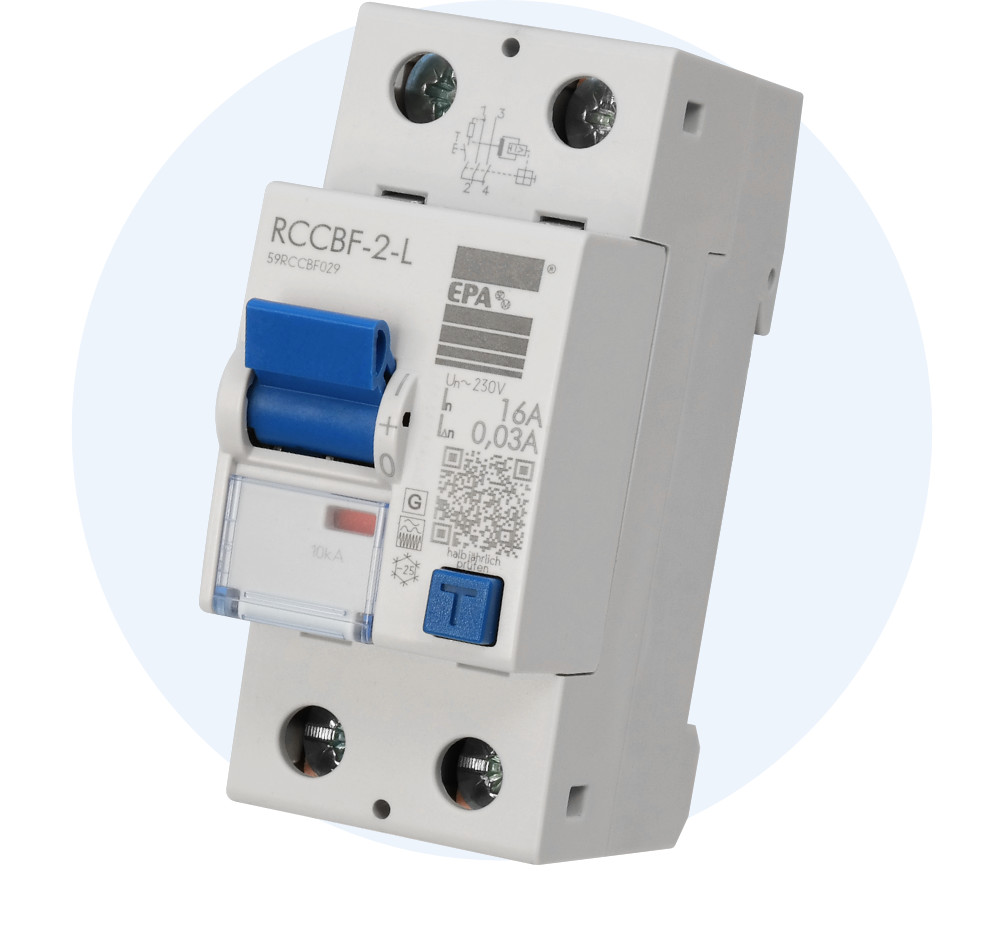 All adventages at one glance